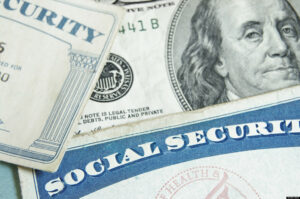 “Social Security is always a hot topic.”  Says America United Wealth planner John T. Davis, “and while we want to take prudent steps to protect ourselves with careful planning, we also don’t want to be living in fear.”  Lets look at some of the top 3 ways that people are trying to scare us about Social Security in 2019, and maybe we can rest a little easier.

Yes, it’s true there have been some alarming reports from the Social Security Board of Trustees, where it’s been projected that the  OASDI will begin paying out more in benefits than it’s generating in annual revenue by 2022, and by 2034, it’s true that the OASDI anticipates it’s $3 trillion in asset reserves will be completely exhausted.  This is why its prudent to engage in some form of income planning, so that you aren’t overly dependent on any one source, and to be sure that you’re getting as much of your Social Security as you can.

“However, we should keep things in perspective,” says John.  “It could theoretically last forever, and the easiest way to understand how is to look at where Social Security gets it’s primary funding: payroll taxes.  This can get quite complicated, but it largely has to do with the taxation of Social Security benefits (which is a topic in itself) and the generation of interest income from the asset reserves being invested in various securities.  As long as Americans continue to work, the payroll tax will ensure that Social Security going bankrupt will not happen.”

“The more likely scenario is Social Security cuts, but again, that’s why we always suggest that clients engage in some form of income or Social Security planning,” John adds.

Yes, it’s true that around 2016, many of the most popular claiming strategies were taken away by congress.  However, some new ones have been discovered since than, and some of the old ones were grandfathered in.

“For example,” says John, “there is the ‘start, stop, start’ strategy that we’ve discussed before, which some people might have heard about, and which a qualified advisor can walk you through.  It’s a nice option, in particular, for people that are concerned about either Social Security cuts, or Social Security going bankrupt, as it rewards them for taking their Social Security at age 62.”

And of course, if you have a surviving divorced spouse, you have some unique benefit claiming options.

3. Social Security is Responsible for the Deficit

Social Security can be a surprisingly tumultuous topic, with people clashing over the morality of it’s WEP provisions, to arguments over whether the program is responsible for the deficit itself.  This issue is connected with #1, in the sense that we again have to remember the way that Social Security is financed: by dedicated payroll tax funds, and is not connected with Congress’ budget or the federal deficit.

“Again,” says John, “while we think its important to be prudent, take precautions, and most importantly, maximize the Social Security options that we have before us, it’s also important not to live in fear. As the number of retirees continues to grow, the importance of Social Security as a source of reliable, consistent income, will only increase.  Social Security benefits can be tricky and should receive careful planning. This is because most people rely on it to make up a huge share of their retirement income.”

To put it simply, it would be a huge headache for any political party to be seen as the party that either reduced or cut Social Security, and you can expect them to do whatever they can to make sure it lasts for a long time.